Inspired by half-timbered houses these are made for a town with a more traditional/older feel. The generally tall buildings are supposed to stand rather close together, forming a town that grew taller to conserve space. 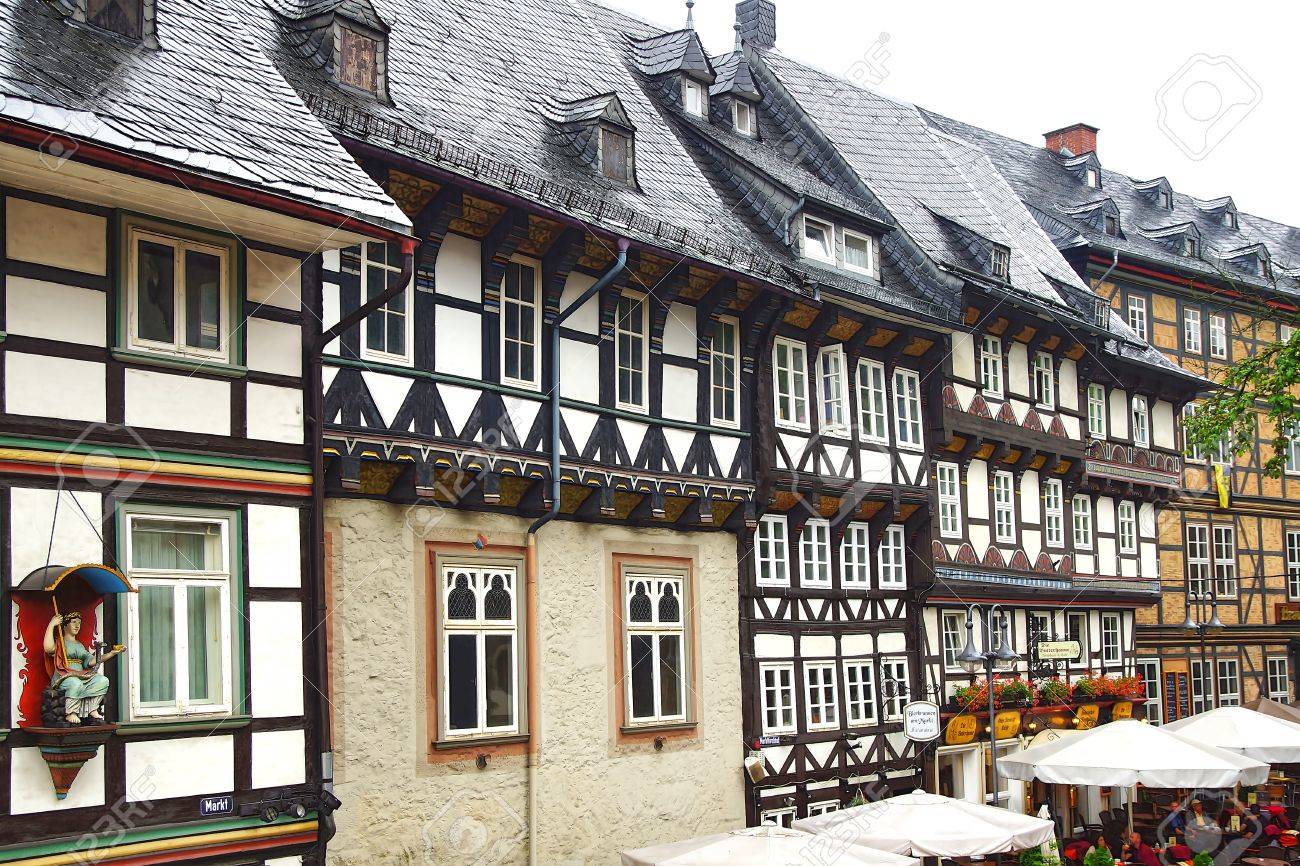 The two medium buildings are supposed to be the most common houses. 2-3 stories + attic would be the norm. The smaller ones aren't that common and the towers are the rarest - maybe one or two per town.
I intend to make several variations of each, if you're interested and I have the time.

An example of a one story building. Its stable stone foundation extends two blocks out of the ground. That is a feature that would be included in variations of the other houses as well, this is just an example.

A two story building with the characteristic overhang. Medieval house owners used this technique to get more living space - especially since taxes were based on the size of the foundation.

Three story building. Basically the same as the two story one, but taller. This one has a little patch of flowers.

An example for a 4 + 1 story high tower. I varied the overhang design a bit here to give it a more sturdy look at the base to counter the heavy top. The terrace at the top could be exchanged with different kinds of roof/platform in variations, as could the overall shape.

The spruce logs and dark oak planks form a stable wooden grid with diorite as filling. Red sandstone is used for roof tiles, birch planks for floors because it has good contrast to both wall blocks. Since they are too small for proper stairs the individual floors are connected by ladder. The houses have a cobble foundation, sometimes extending into the lower floor walls.
This design was a bit hard to apply to such small buildings since the 2 wide walls don't leave that much interior, especially on the narrower floors. I still managed to create interiors that look livable though so I think it should be fine. It actually fits the theme pretty well. Not much space vertically, so you have to build higher.

The wiki isn't fully up to date with learn sets at[…]

It will be running in about 7 hours,

i started playing on this server and everyone is s[…]

A while ago I read something about the devs trying[…]