MissingNoL wrote:The only change I would make is to make the tongue thicker, and possibly wider (it might just be the images on that one), to match the pictures. Right now it looks a little too thin (and maybe slender, unless that's just the image, like I said).
As for the texture, I know for sure that Lickitung doesn't have eyebrows. The colors for the tongue seem a bit off as well, but that might just be me.
Other than that, I think it's ready for approval.
EDIT: I hate to be the only one who suggests changes =-= I feel so evil...

The colours are like that only in that picture, and I should definately give the tongue a rework. Lickitung actually does have eyebrows, commonly shown in the anime. I can remove it of course if people want. No, don't feel evil, feedback and suggestions are what I wanted!

Sundial_MC wrote:Lickitung actually does have eyebrows, commonly shown in the anime. I can remove it of course if people want.

Well... The physiology section of its page makes no mention to its alleged 'eyebrows'. If we're going to choose whether it should have eyebrows by using the power of time (or its latest appearances in meda), the official artwork of Lickitung you used is from FireRed and LeafGreen, and also happens to have a case of no eyebrows. It's also important to note that every sprite of Lickitung since Emerald has no eyebrows as well. However, like everytime I argue, I also play the devil's advocate as well.
I literally just pulled up an episode of the anime to argue for eyebrows. I loaded episode DP098, to be exact (the next newest episode is from 2001, and I thought it wouldn't help the case very well). This was released October 16, 2008, and is its most recent appearance in the anime yet. This was released roughly four years after the artwork for FireRed and LeafGreen was released, which includes the picture in question. Now onto the picture I printscreened from the anime:

THE EVIDENCE IS HERE, YOUR HONOR | Show 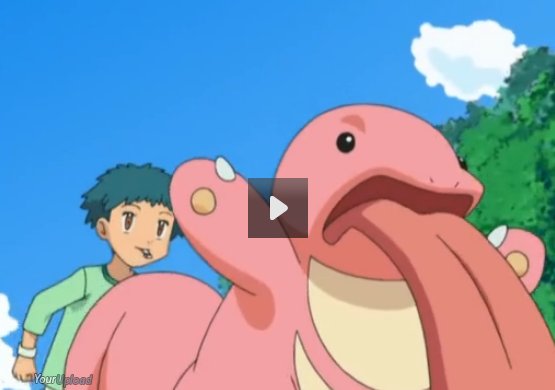 It's very clear that there is something right above his eye, whether it be shading or an eyebrow.
I'll leave the rest up to you guys to debate.

Now I have no idea whether to keep it or not.

Wait, anime is always ever so inacurate, so I'll just remove it

Sundial_MC wrote:I also have no idea what that is .-.
It looks like an eyebrow caused by shading

Now I have no idea whether to keep it or not.

Wait, anime is always ever so inacurate, so I'll just remove it

Yes, in most cases the anime is very inaccurate and shouldn't be trusted

Anyways, it seems they've gotten bored (anime) and has decided to put an indent near the upper part of the eyes resulting in a belief that the Pokemon has eyebrows. If worse comes to worse, trust the official artworks as in my opinion, including many others as well, should be the most valid visual, they also look much nicer than the anime itself.
If you want to learn how to model using Blender, or how to better your models, don't ever be afraid to ask!

The texture has been redone to x8 times HD, and more shadier in some places.

how about add a ability 4 to each pokemon with an […]

Super nice Server Always fun to play on it - apple[…]