Modelling Questions- Some progress as well

Modelling Questions- Some progress as well #89360

Amazing mod everyone! I thought I'd try out some modeling. Definitely not on par with some of the great models here, but maybe this will be enough practice to nudge me a liiiittle closer.

My first question is: what pokemon have priorities to be made first? I know anything goes minus 6th gen, and the priority's low on the 5th gen (if im wrong on that correct me. Angrily if you have to.) But I'd like to actually help out a bit. I know some starters are in high demand (which ones? including 5th gen?) as well as pokemon that drop things. ...(which pokemon are they)?? And are pokemon like Magmortar and Electivire that evolve from Gen 1 pokemon high priority?
...that was actually a lot of questions

Anyway I decided to use Techne, and I tested it out with a natu just to get used to the program. 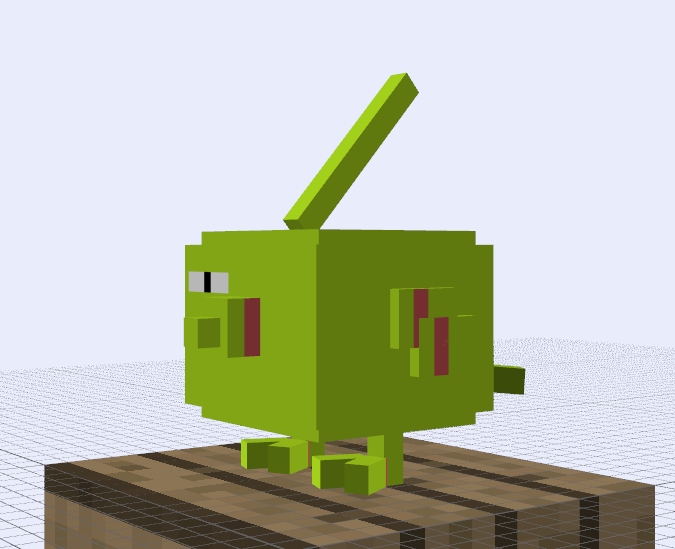 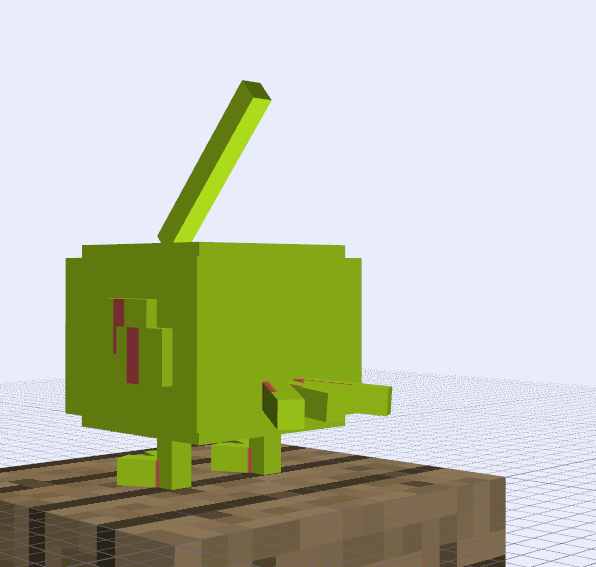 As you can see I got 1% of the way with the texture map. Ill get to why in a second. but first...

Question 2: Is this style acceptable? I see several models that appear rounder - in which case I'll switch to Blender (which I've actually used before.) Or Maya since I saw that mentioned. To be fair, I like the square "pixelly" look for the simpler pokemon, but it's what the project needs that goes.

Question 3: Ok. The texture map thing. I know this isn't the Techne help forum, but ill try here.
When I try to make an edit on the texture map, even if it's one pixel, it'll show up in several different places around the model. You can see how the red is on the wing, beak, etc.
Is this because I copied shapes? (i had to move the dang thing down a lot - pasting with coordinates seemed a lot easier)
Is this because some shapes still have the same names? (I know thats a big "no-no". ll get around to fixing it. currently they're organized in folders. So the left leg folder has "leg", "toe 1" and "toe 2", and the right leg folder has the same thing.
Would I have to start all over again? (Well, it was practice anyway. ...and if it's bad I guess I have to restart anyways :U)
Here's some of the setup

click to see what I did TOTALLY WRONG | Show

Obviously the texture map isn't close to being done. So please don't ask why it has one eye.

TLDR: ok that was a lot but if you can answer at least one of those questions that'd be dandy!
Thanks in advance.
EDIT: wow, i only just now see that no one uses Techne anymore. That was a learnng experience, at least! Re: Modelling Questions- Some progress as well #89372

Q2 and Q3: use Blender or Maya : P
I prefer Maya myself, but if you have been using Blender for a fairly long time, go with that.
gl with UV mapping

Ah, procrastination, how I loathe you.

Hello! I have (arguably) too much time on my hand[…]

Answered in the Discord. This is a Halloween Greni[…]

When I try to open the application Pixel Link it s[…]

A method is unlikely to be decided until we see th[…]

Added more to our story, and releasing a new dunge[…]

The search bar is right above the "New Topic&[…]

Yes I love this, only issue would be applying it t[…]

Ash Pikachu would be a great add too

There is no bump button, new posts will bump the t[…]

I'd change Exeggutor to beach as well. Not many co[…]

That wouldn't make much sense because some of the […]

I agree with your point on the rain legends. Since[…]

We have rebranded and completely redone the server[…]

You're immune to damage during battle, but it may […]

Here is a pretty simple idea: being able to eat cu[…]