Forum rules: Do not post bugs or feature requests here! Report bugs to our Issue Tracker and suggestions to Suggest a Feature.
Reply

Anyone have some great Pokemon Game victories they wanna share? I'm curious... but i'll share one first

This was on my SoulSilver: My party was full of eggs, and a lev. 80 Feraligatr @ the beginning of the Elite Four(At hardest strength), with no healing allowed to myself.
Will: He was a BORING battle, because of Crunch.
Koga: He was a little tough because of Toxicroak, but overall only got a few minor hits.
Bruno: Hydro Pumped through everyone, except Hitmonchan. Because of that, trouble began. Thunder Punch was the start of it, because Feraligatr got paralyzed.
Karen: Ice Fang, and Hydro Pump got me through it quickly. Sadly, i has already lost 1/4 of Feraligatr's health, and he was paralyzed!
Champion Lance: He was the only trouble, yet BIG excitement for me. I became saddened, though, when an Egg hatched. I let that Togetic go, after. Not sure why.. Salamence, Ice Fang. Garchomp, Ice Fang.. Gyarados, Ice Fang. Now i'm out of them. Altaria, comes up and Dragon Pulses before i feint it with A Hydro Cannon. Big mistake though! Charizard comes out and Dragon Claws Feraligatr, knocking it down to about 40 HP. I use my last Hydro Pump to get rid of it. Dragonite comes on out, I use my best hope & Hydro Cannon. Probably 10 HP left, and it uses Draco Meteor! Togepi comes out. I decide to use Metronome, while Lance Full Restores. VERYluckily, Togepi used Sheer Cold! I beleive my game is glitched though, because Dragonite was ALOT stronger, yet it hit and feinted Dragonite!

I know I made it more intense than any of the rest of it at the end...(Not by much)... but that's just how I decided to do it! Hope to read your stories!

I'm not sure I'll be able to bring myself to be active here anymore. There are too many memories of this forum, and the nostalgia hits me way too hard.


That IS a nuff said XD
I'm not sure I'll be able to bring myself to be active here anymore. There are too many memories of this forum, and the nostalgia hits me way too hard.

I'm on the top, for some reason it saved the battle log from my opponent's POV.
[center]This is not the end
It's just another song
Just another opinion
Right or wrong[/center]

I'm not sure I'll be able to bring myself to be active here anymore. There are too many memories of this forum, and the nostalgia hits me way too hard. 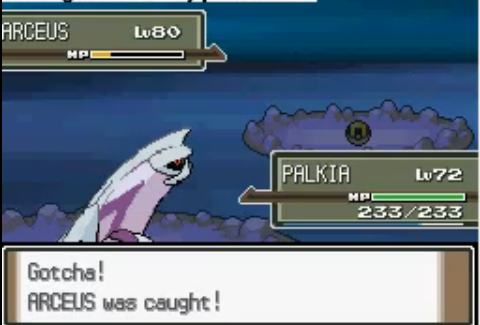 Resource packs are purely client side, so that opt[…]

I have access to use the /redeem command to change[…]