How To Catch the Legendary Birds!

Forum rules: This forum is for writing guides only. Do not post topics here to ask questions; post these questions in General Discussion or the Support Tracker.

Do not post bugs here! Report bugs to our Issue Tracker
Topic locked

Anyways, simply put the Legendary Birds spawn in their own respective Biomes which in this case are, Ice Mountains for Articuno, Extreme Hills for Moltres, and Forest Hills for Zapdos.

As far as rarity goes, Zapdos is the most rare of the Trio, with Articuno being the least rare, and Moltres not too far ahead of Articuno.

As Explained in the Video, you can see that based on the spawn rates of other pokemon in the biome, they all have an equal spawn influencer, it's just a matter of how many other Pokemon can spawn in that area as well. Forests happen to be crawling with all sorts of wildlife, making Zapdos that much more rare. All of the birds have a Spawn Influencer of 1, as well as the other Legendaries added into the game at the moment.

I hope you found this helpful!

And thanks for the fast reply!
[center] 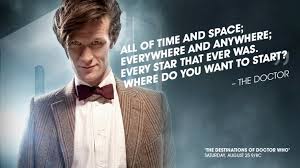 By KuryoZT - 09 Aug 2013 03:04
- 09 Aug 2013 03:04 #66652 I have to agree with ryan.
While I'm thankful for sure to know where they are, and even some information about spawn rate, this is neither a "Guide" nor "How to catch" the birds. More like some tips on where to find them and the luck ya need for each. (need more luck for Zapdos than the other 2)
Anyway, I think it's in its rightful place, so I can't move it around, but the title I'd say is kinda misleading.
Even though they can't be a real guide on how to catch them specifically, can there? Or some tips, like for Mew, to have more chance of them spawning, like destroying the forest, but meh. That's good enough I guess, and so I thank you, now it's official, where they spawn, at least in that version. From what I understand SPG would have them spawn differently, maybe we'll see his way in future versions.
Good day.
Made by Charmander:

I only give advice, take it or leave it.
I did my job, now do yours, a choice.
I'm weird, so don't take me too seriously, I'd feel bad for you.
Unless I say it, I never mean harm, it'd make me look bad if you think so.
Topic locked
Return to Guides

Servers are more than welcome to enable external s[…]

^ As said above, this section exists to discuss id[…]