for the owner: if you want that i psot more screen shots of a building i have allready 1 more building and it is not a pokécenter or a gym building but something else
so feel free to mail me

By KureaNight - 21 Nov 2013 12:03
- 21 Nov 2013 12:03 #89681 So I've been playing Pixelmon for a while now, and I can't be the only one who thinks the new Pokemon Centers are too big and too everywhere. They're taking up large amounts of map space, and I don't really like half of the designs. They just don't... feel like Pokemon Centers. All that wood and wool. In half of them the lighting doesn't even work right. So I built another smaller one based on the HGSS Pokemon Center that I think would fit the game better. Built mostly of colored clay and quartz, has nothing but the usual healing, trading, and PC access.

Download: http://www.mediafire.com/download/uy6s2ueqzxsaeps
Feel free to edit/re-save the schematic however you wish, maybe replace the ice with glass or redecorate the inside. I don't really care.

That's it. Simple and functional. Don't love the color scheme of the interior, but I used the somewhat odd HGSS color scheme anyway. It's small size also encourages people to build their own bases nearby or far away with their own machines, because lets face it: we're all currently camped out at a Pokemon Center using it as a base. This is still Minecraft, and base building is a part of Minecraft. Having pre-built Pokemon fortresses everywhere isn't doing the game any good.
Also, the spawn rate of these things is ridiculous. From any given spot on a flat land, you can see at least 3 Pokemon Centers. It needs to be toned down or given a better config. Just a thought. 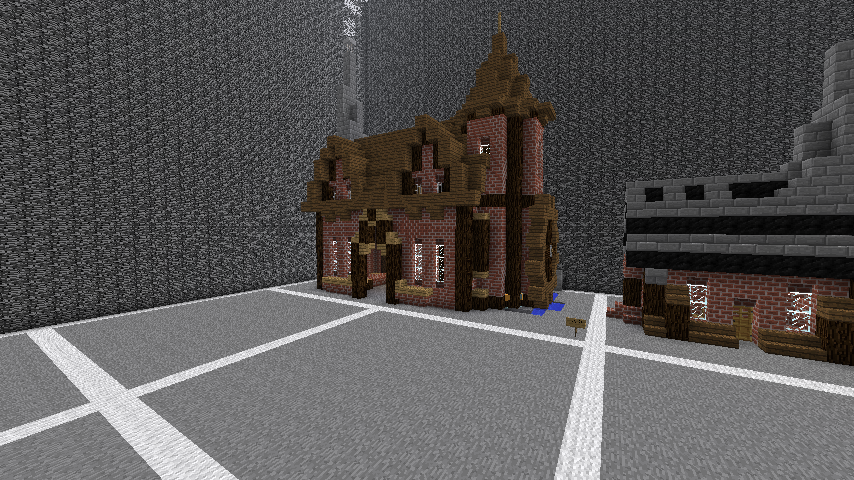 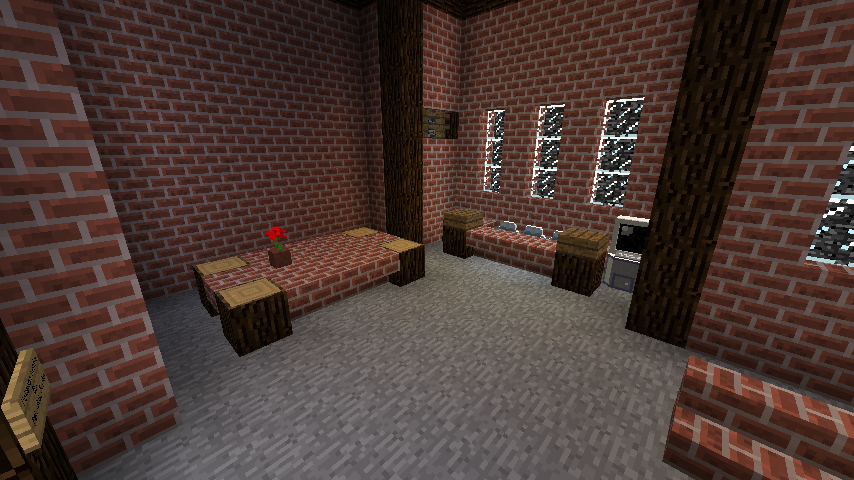 But here, I made a thing: https://www.youtube.com/watch?v=oc2K5PTeqz4

I'm uploading another video of how to build it too

And here are some pictures of it! (Based off of the Pokemon Centers found in Black and White):