NPCs spawning everywhere and then not being able to kill or remove them without admin privileges and/or creative items is total bullcrap, very imbalanced, and quite intrusive. Now I understand the pixelmon, doctors, shopkeepers, and trainers that you must battle. But I would like the ability to do something about traders and standard chatting NPCs.

SWORDS/BOWS are a thing..let us commit murder...let us keeeel them. Why do you give us recipes for new swords that we can do nothing with..I really don't want to travel to Jimmy's home base to clear out an intrusive trader NPC for him, due to the fact that he can't move them because they're fricken immortal..Please give me the config option to kill them in some way. Thanks. This isn't Skyrim where you can't murder children..lol I rest my case. Tried adding some humor. Har har.

I'm not necessarily against damageable NPCs, but I don't think that feature is as necessary as you make it sound...

SKy2008 wrote:No, you're right. This isn't inspired by Skyrim. It's inspired by the Pokémon games, where you can't hurt humans at all.
The swords mainly exist because the sword is part of the vanilla tool set that just got ported to the Pixelmon materials, I'd say.

I'm not necessarily against damageable NPCs, but I don't think that feature is as necessary as you make it sound...

I think you missed the joke..You can't kill children in Skyrim. I know you can't in Pokemon, as it is aimed at a wider more innocent audience.

Nonetheless the feature is quite necessary. You would rather give regular users on a Minecraft server a creative mode item so they can cheat the game?..or would you rather let them kill off anything they don't want in the area they wish to build in. You forget that this mod is building Pokemon ontop of Minecraft. You still have to use Minecraft methods to obtain materials such as iron, gold, diamonds, evolutionary stones, gems, and bauxite. Again, why even add recipes for swords to the new ores if there aren't uses for them..It's called MINE-CRAFT for a reason is it not? I need this fix.

I can find alternatives to accomplish this same goal. I know pixelmon is probably using event handlers to cancel damage towards the various npcs. I bet I can find a mod or something to get the job done, or even make one myself. But I respect this mod, and would love to see them make an effort to make this mod as server friendly as possible without the need of other mods or plugins. Thanks. I care about this mod a lot, I report constant bugs, and I even put in a request to join the developer team for reasons like these..but yeah I think that me being some random developer is probably the reason I haven't heard back. Which is fine, I'll earn my keep and help out in other ways, and I will continue to support the mod.

Geodude671 wrote:Why does Jimmy even have an intrusive trader NPC? They don't spawn naturally; you need a creative item to spawn them in.

WRONG! Wrong wrong wrong wrong wrong...did I mention wrong? The traders spawn the most instead of other trainers, and I even upped the spawn of npcs in order to remedy this...it only made it worse. I want to have players choose where they want to set up bases/gyms or whatever they want in peace without them having to deal with traders at every tree stump in the areas they want to build. Once again, I rest my case. 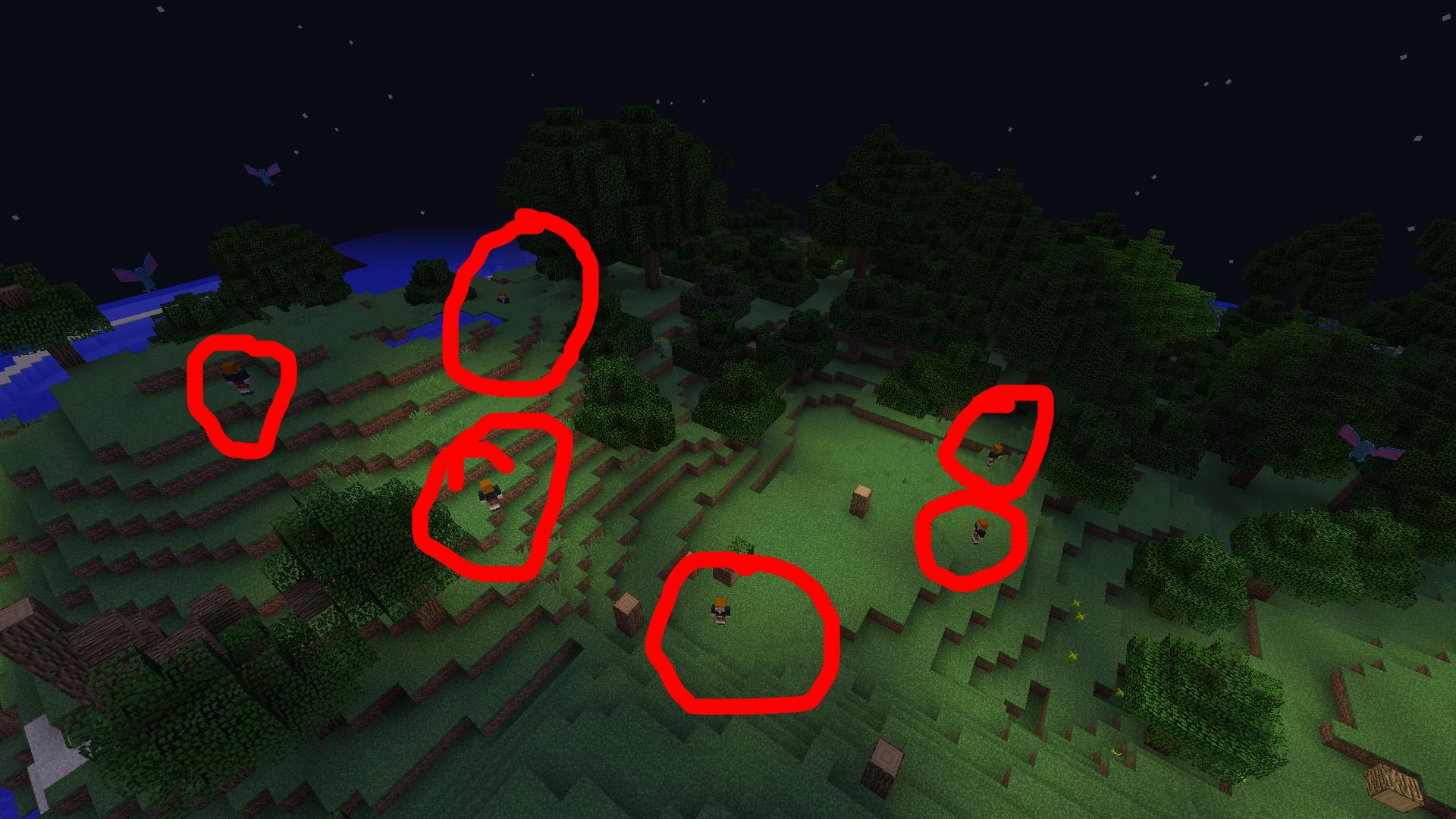 By SKy2008 - 06 Oct 2016 17:05
- 06 Oct 2016 17:05 #188557 You're the first person I've seen complain about this, personally. I mean, yeah, an NPC might be in the way for a second or two, but those that spawn can easily be despawned by leaving the area and coming back. And if you HAVE to build inside/close to a generated village a simple fence will keep the chatting NPCs out of your plot. Mildly annoying, yes, but nothing I'd bother an admin about, personally...

And about the swords: You can still use them in PvP, or have someone set up a mob arena or some people even play with vanilla mobs activated. Plus people would complain if this one item was missing from the tool sets - whether they use it or not.

Indeed, the fact this post died showcased how much[…]