pokemon000333 wrote:InGameName : SunsetOpal
Age : (Optional) 16
Your Gym(s) preference : Any
How often do you login and for how long? : Now that I have a new computer, I can long in everyday for about 3-4 hours.
How long have you played Pixelmon? : since it first came out.
Rate your typing skill 1-10 : 10.
Have you ever been banned on Justiscraft? : No
How long have you played here at Justiscraft? : Since the last few months of it's original demise.
Why should you be considered for Gym Leader? : On the original Justiscraft I was a ranger consisting of ice, grass, and fire gyms. So I have the experience to lead a gym.

Hello, and welcome back! I'll give you first gym in the spawn city. Let me know when you get online to give you the ranks and supplies! See you in game.
Adventure Pixelmon, Connect at: justiscrafts.comWebsite: http://www.justiscrafts.com/ 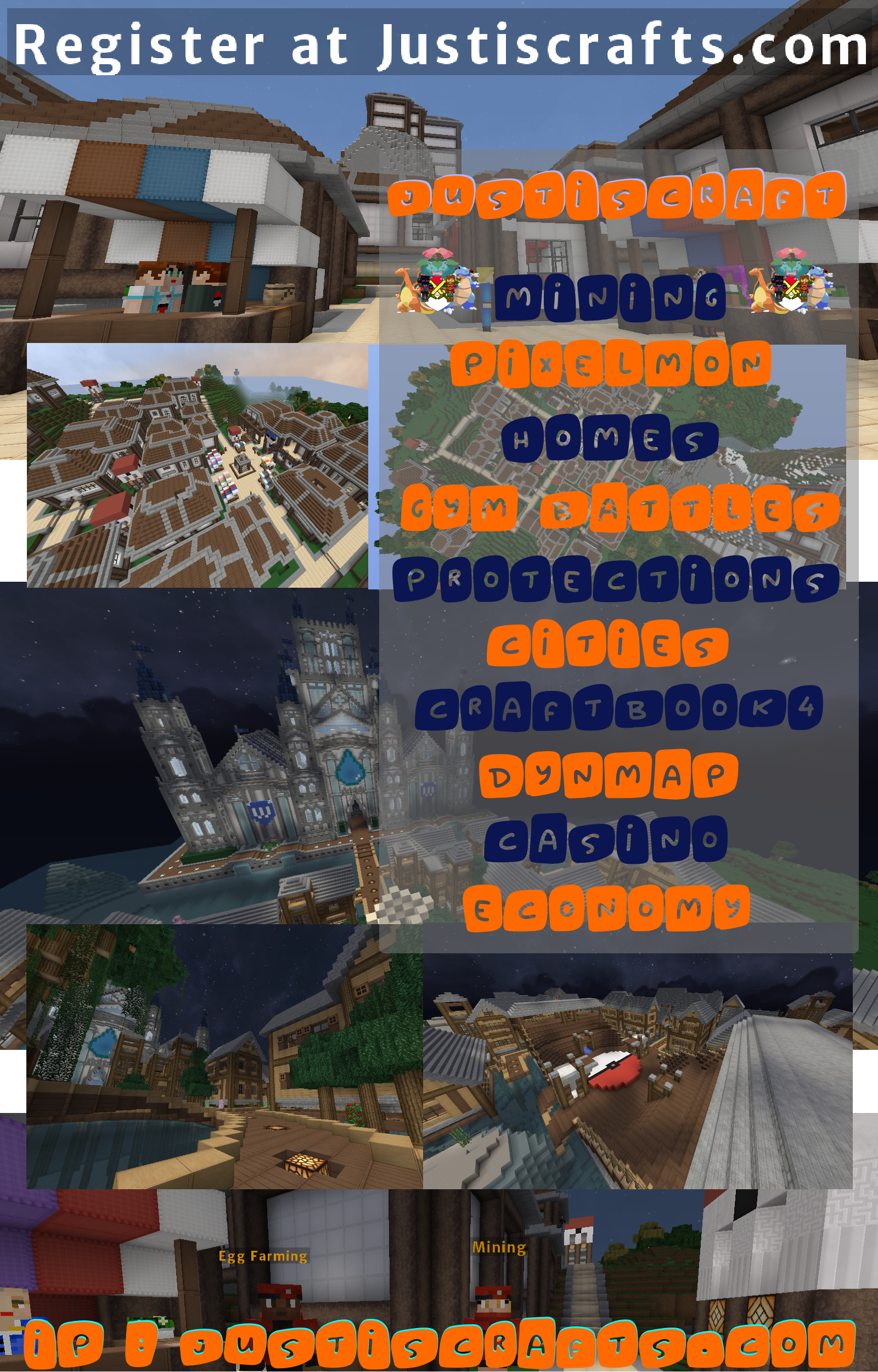 How often do you login and for how long? : Too many hours sadly
How long have you played Pixelmon? : Literally since the beginning.
Rate your typing skill 1-10 : 8
Have you ever been banned on Justiscraft? : Nope
How long have you played here at Justiscraft? : 5 Years and got the evidence to prove it lol
Why should you be considered for Staff? : Because ive been a mod before and i was good at it. I love helping people and will love helping the great server of Justiscraft rebuild and grow into even better than it once was.

How often do you login and for how long? : I usually log in every day and I've been playing since 17th of March and have clocked about 36 hours, so about 6 hours a day, which sounds quite pathetic...

How long have you played Pixelmon? : Since it's original release. I even played a mod before pixelmon was made called "Pokemobs" until pixelmon was released.

Have you ever been banned on Justiscraft? : Nope

How long have you played here at Justiscraft? : I played on the old server a while back for about a year, then I recently joined the community again and have been involved since I came back.

Why should you be considered for Gym Leader? : I believe I should be considered for Gym Leader as I've had experience both in competitive pokemon and prior work as a gym leader. On the old JC server, I worked my rank all the way to "Pokemaster" covering all the gyms of different types and battling ranges. I'm also on the server quite often so if anyone is hoping to challenge a gym I'm most likely to be on when requested, and even if I'm not online at that specific moment, I am in the discord so if anyone requests there I can get online as soon as I can.