By KuryoZT - 20 Apr 2013 18:10
- 20 Apr 2013 18:10 #24525 In itself, the feet proprotions are good, longer than large, but in overall, it's too much, so I think youshould cut it in half or something, both ways up&down, left&right. Maybe if I'm the only one, then it's good, leave it. But if somebody who thinks like I do, please write your idea down, I'm lacking the expression sensibilty to write it clearly. Thanks
Made by Charmander:

KuryoZT wrote:So will you shorten them, at least a little?

Shorten them which way?

Vikerus wrote:Only a couple nit picks from my end. The shoulders kinda bug me cause they leave gaps where the arm meets the body. Cleaning up joins is just making the arms elbow more fluid with out the edges of the boxes showing. This is why I voted three sections the middle one would be 1x1 connecting the other upper and lower arm. Which might make the animation of the arm look nicer too. I like where you are going with the eyes but if you could work on making them even better it would help this model a ton. After all you are making a more simple design so once you have proportions right. The details are what will make this model truly " Legendary. "

Some things are kept like that on purpose, I call it "a dash of Minecraft"

Although I was thinking of removing the arms and making it one piece instead, but more "wing" like

Vikerus wrote:The only major issue is the head size and shape. I still think it's too small and not long enough. The shape just isn't graceful enough for me.

Sorry to be like this...But you can't brush off a ton of suggestions with "...call it 'a dash of minecraft'" These are suggestions that need to be looked at. Especially the gaps at the shoulders. I don't mind if you don't change much or do what I would do. But please don't just wipe it all off the table like that and dismiss it cause that's really the wrong way of taking feedback.

The eyes just need more done to make them pop. Might just be some recoloring. And having the gaps where the arms join just looks amateur. Not to be rude but I have been here a while ^^
The head isn't long enough going back from the face. If I were you I would see if there is a better way to express the shape instead of the way you have stacked the blocks.

Now I see why I don't like the eyes! Celebi has no pupil xD 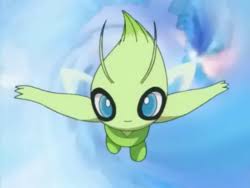 Don't get me wrong this is a seriously nice model. But take your time and make something to be truly proud of man.
Adventure Pixelmon, Connect at: justiscrafts.comWebsite: http://www.justiscrafts.com/

Anyway, everything is technically WIP so things will change, don't get too snappy.

I'm also trying to think of some ways of changing the head a bit.

EDIT: Take a look, I tried something different with the head http://techne.zeux.me/4d7562e0# (I also moved the arms in slightly)

lightdasher wrote:I didn't brush off a ton of suggestions off, I made a statement saying that somethings on my model where kept there on purpose, I don't know where you got the idea I was saying something like "I will not do any of that".

Anyway, everything is technically WIP so things will change, don't get too snappy.

I'm also trying to think of some ways of changing the head a bit.

EDIT: Take a look, I tried something different with the head http://techne.zeux.me/4d7562e0# (I also moved the arms in slightly)

Vikerus wrote:I don't see how anything I said was snappy :I

Anyway, opinions on the new head? do you prefer the new or old? think I could do it better? I'm open to ideas.

Vikerus wrote:I don't see how anything I said was snappy :I

Anyway, opinions on the new head? do you prefer the new or old? think I could do it better? I'm open to ideas.

Sorry if my suggestions seemed demanding. Wasn't meaning to be like that. I do like the new head. This is basically done to me after you fix the Eyes up. But wait to get some feedback from others before you submit it.
Adventure Pixelmon, Connect at: justiscrafts.comWebsite: http://www.justiscrafts.com/

how about add a ability 4 to each pokemon with an […]

Super nice Server Always fun to play on it - apple[…]